Why Canada Drugs Are Cheaper

Charmaine is a Canadian writer who has appeared in Currents: A Ricepaper Anthology (2017), Plenitude Magazine (2017), Looseleaf Magazine (2018), and other publications across Canada. She holds a BFA from the University of British Columbia. Covering all things health, Charmaine is committed to communicating accurate, up-to-date health information to readers that is engaging and accessible to everyone. Having written for an environmental non-profit as well as for medical professionals across diff

I. Why Drugs Are Expensive in the USA

II. Why Drugs in Canada Are Cheaper

a. How "Free" Healthcare Works in Canada

b. How Canadians Afford Prescription Drugs

III. How You Can Get Affordable International and Canadian Drugs Delivered

Why Drugs Are Expensive in the USA

Americans pay a pretty penny for pharmaceutical drugs. One 2016 JAMA study found that the United States’ prescription drug spending was more than all other countries studied:

Per capita prescription drug spending in the United States exceeds that in all other countries, largely driven by brand-name drug prices that have been increasing in recent years at rates far beyond the consumer price index. In 2013, per capita spending on prescription drugs was $858 compared with an average of $400 for 19 other industrialized nations.

- Journal of the American Medical Association [1]

In fact, according to the U.S. government itself, Americans spent a whopping $457 billion on prescription drugs in 2015. This is equal to 16.7% of overall personal health-care services.

- Office of the Assistant Secretary for Planning and Evaluation [2]

With such bleak statistics, some Americans may look wistfully at other countries for a better health-care model. For example, they may look to their neighbor Canada’s universal health-care system and pharmacy referral services like Canada Drug Warehouse.

Get savings updates for Prescription Medications

In this article, we’ll compare and contrast the American and Canadian health-care systems to understand the secret behind cheap Canadian drugs. 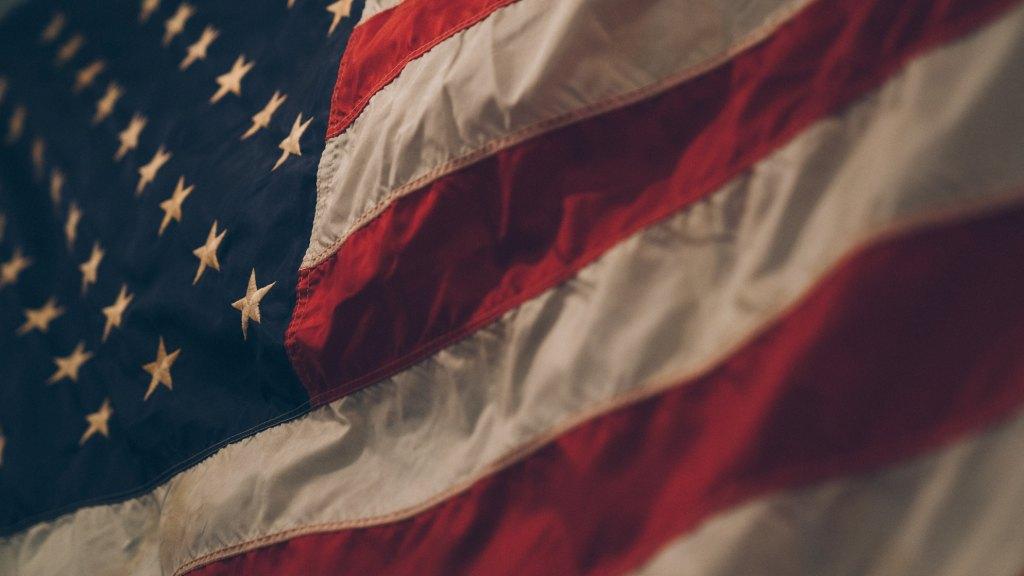 So, why are prescription drugs so expensive in the U.S.A.?

Several factors are to blame for making pharmaceutical drug prices so high for Americans. The most significant, however, is likely the way drugs are regulated in America.

Let’s look at this and other reasons for high prices. (The following research is based on findings in an October 2017 study published by The Commonwealth Fund.) [3] 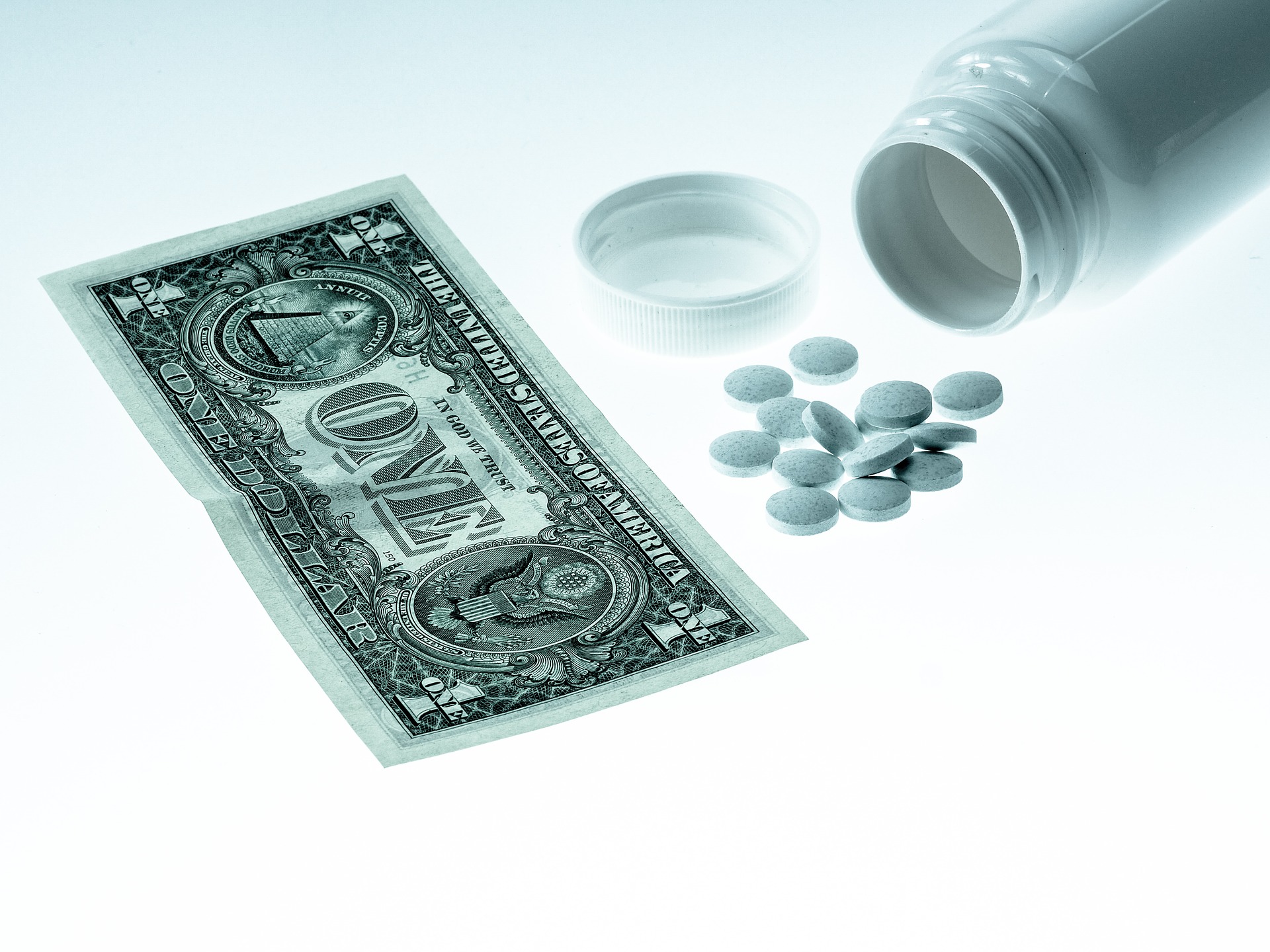 The United States has a very large uninsured population when compared to similar countries like Norway, the UK, and Canada.

This may be because not everyone can qualify for good health insurance. Medicare is only for seniors and people with certain conditions. Medicaid eligibility depends on income, age, number of family members, and health conditions.

Furthermore, not everyone can afford a health insurance plan. And even those who are covered under their employer may face limitations.

Even with a good health insurance plan, large co-payments and high deductibles can cause financial struggle. 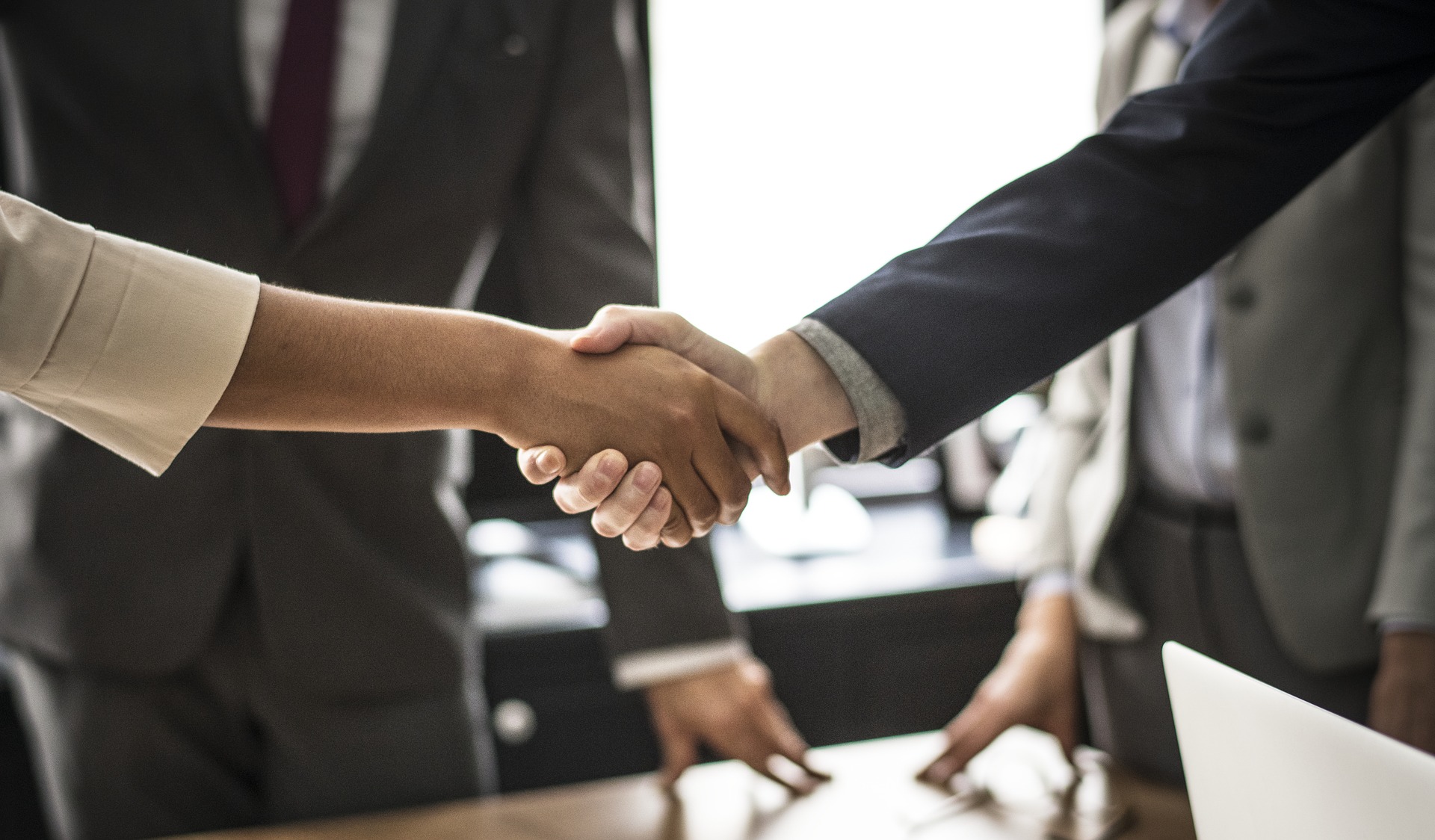 How drug prices are set is very different between the U.S. and Canada.

In most industrialized countries, drug makers and the government negotiate a fair market price for drugs.

Meanwhile, drug price negotiation in the United States is more complex. The U.S. lacks a central government negotiator. So drug makers must negotiate with a number of entities, such as hospitals and insurance companies.

One reason U.S. prescription drug prices are higher may be the relative lack of price control strategies. Unlike the U.S., many other countries employ centralized price negotiations, national formularies, and comparative and cost-effectiveness research for determining price ceilings. In the U.S., health care delivery and payment are fragmented, with numerous, separate negotiations between drug manufacturers and payers and complex arrangements for various federal and state health programs. And, in general, the U.S. allows wider latitude for monopoly pricing of brand-name drugs than other countries are willing to accept.

As noted by The Commonwealth Fund, the U.S. has a more laissez-faire (free market) approach to the pharmaceutical industry. Without a centralized, government-controlled negotiator, pharmaceutical companies have more opportunity to control their prices in all the separate negotiations they do. 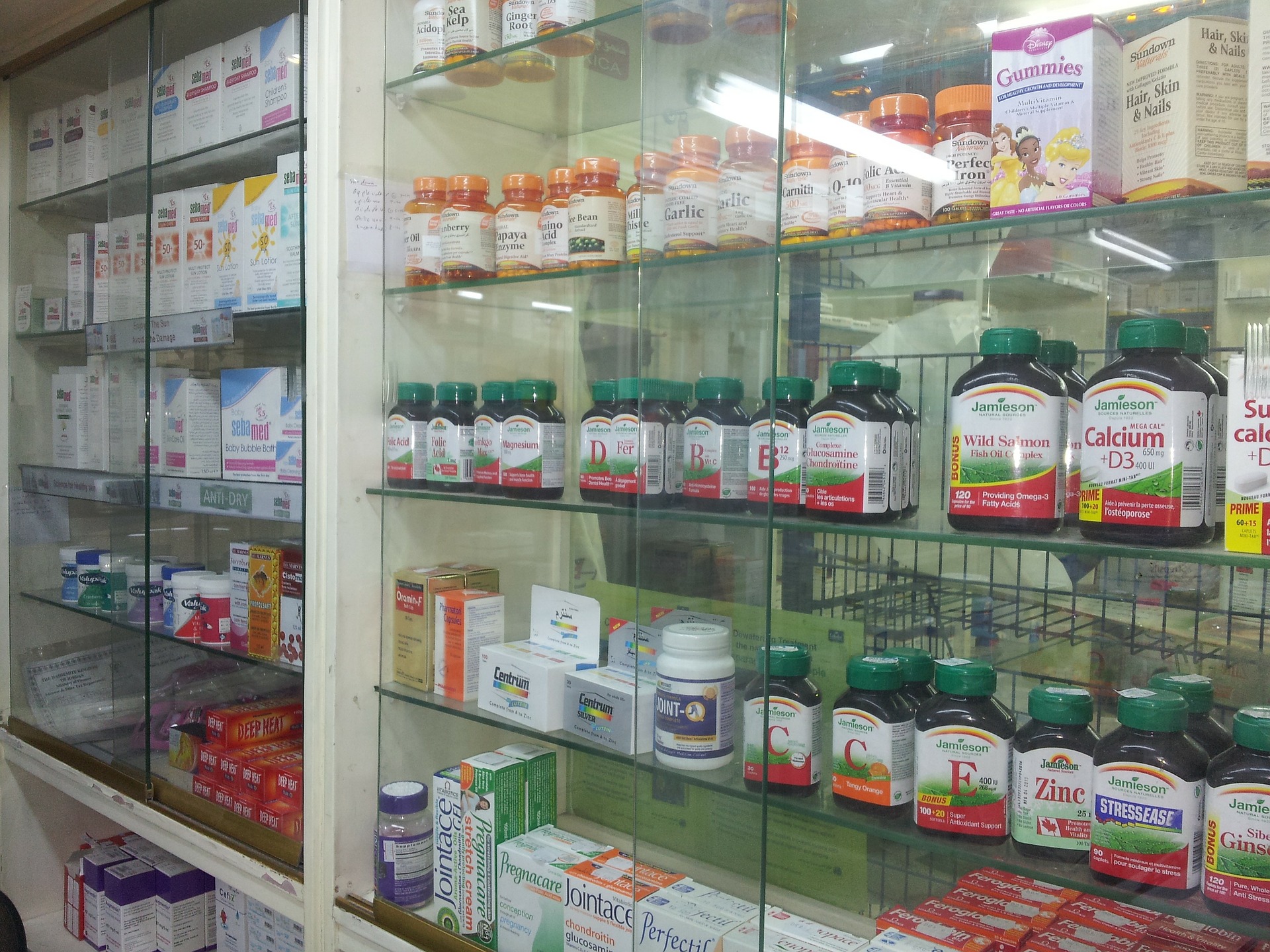 Speed of Drugs Entering the Market

Americans may get new drugs faster, but these new drugs may be very expensive and may not be much better than older, cheaper alternatives. 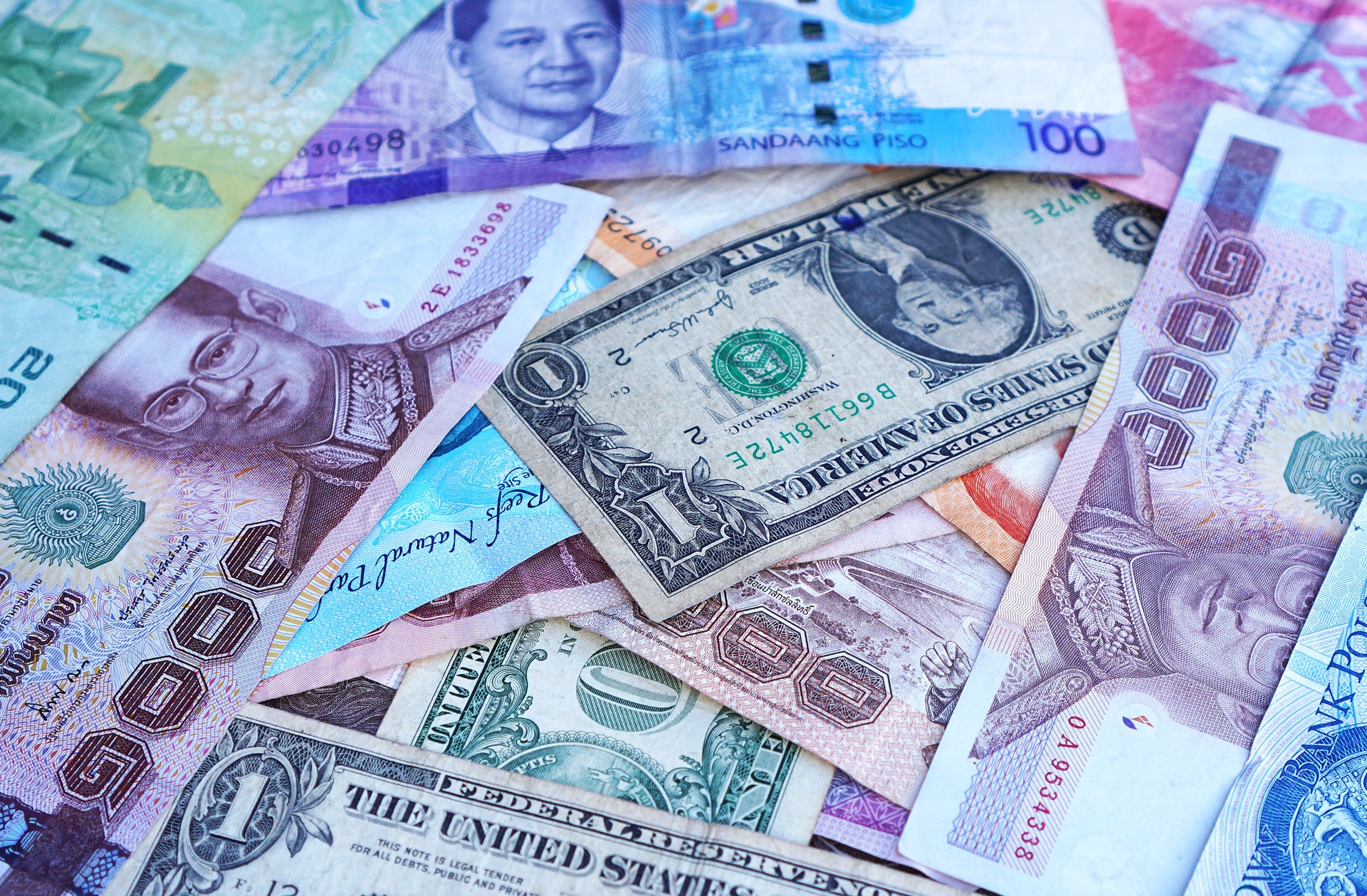 If you’re insured in America, you will likely still need to pay out-of-pocket for your medications. 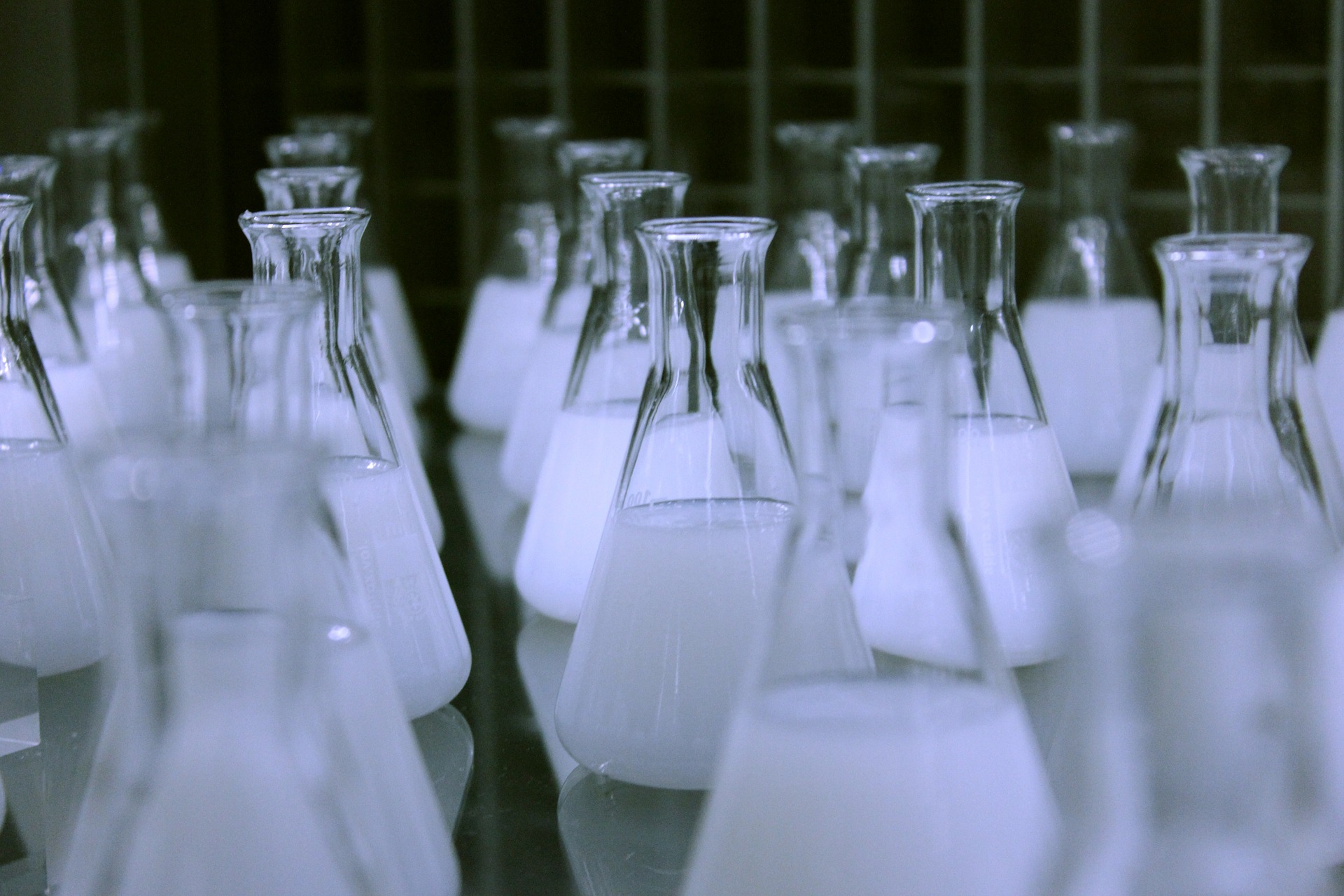 Finally, a common argument for keeping American drug prices high is to help further drug research and development. To add to this argument, drug makers claim that high costs are necessary to fund research into more effective, cutting-edge treatments.

People are beginning to question this claim, however. For example, here is a quote from an article in the journal Health Affairs exploring this skepticism:

We found that the premiums pharmaceutical companies earn from charging substantially higher prices for their medications in the US compared to other Western countries generates substantially more than the companies spend globally on their research and development. This finding counters the claim that the higher prices paid by US patients and taxpayers are necessary to fund research and development. Rather, there are billions of dollars left over even after worldwide research budgets are covered.

All these factors add up to make drugs in America more expensive than anywhere else. 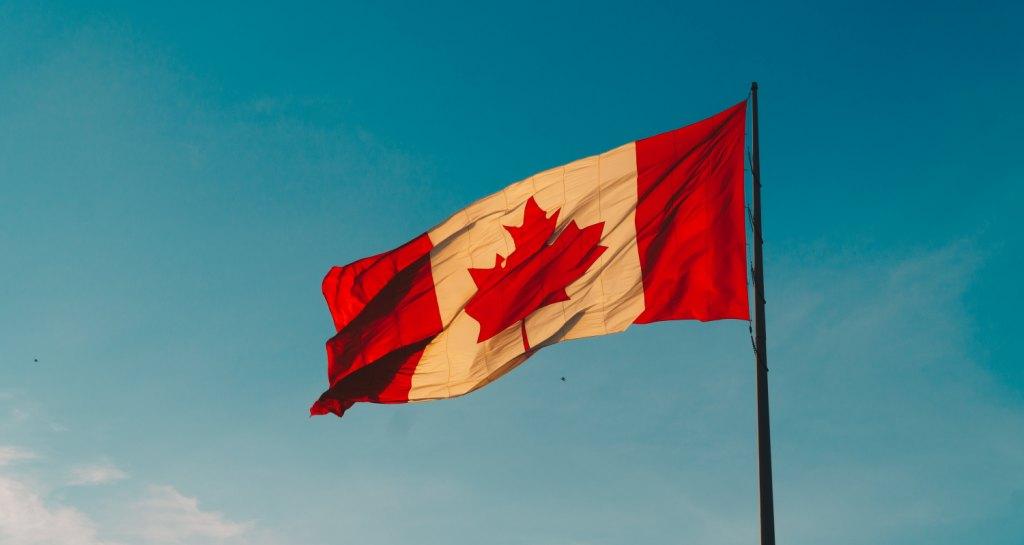 Why Drugs in Canada Are Cheaper

Frustrated with their large medical bills, many Americans may look to their northern neighbor for a solution. 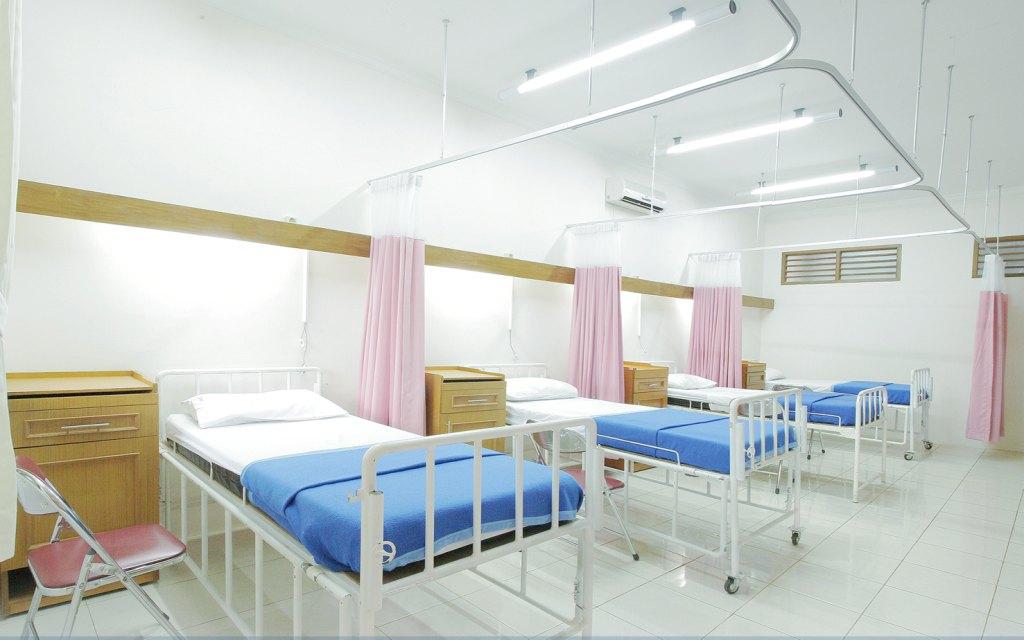 How "Free" Healthcare Works in Canada

Contrary to popular belief, healthcare in Canada isn’t 100% free, but it is a lot more affordable.

In Canada, healthcare is managed by the specific province you live in. Since Canada Drug Warehouse operates in British Columbia, we’ll refer to BC’s form of healthcare.

Canadian citizens and permanent residents in BC are eligible for the province’s Medical Services Plan (MSP). Everyone pays a small premium based on their income (so it’s not totally free) and the plan covers essential medical services. If you earn below a certain threshold, you may not need to pay a premium at all.

MSP only covers very basic medical care, such as emergency room visits or checking out a persisting cough at your family doctor’s clinic. It does not cover dental care, eyeglasses, or prescription drugs (more on this later). Most Canadians will use supplementary private insurance through their employers to pay for these things. 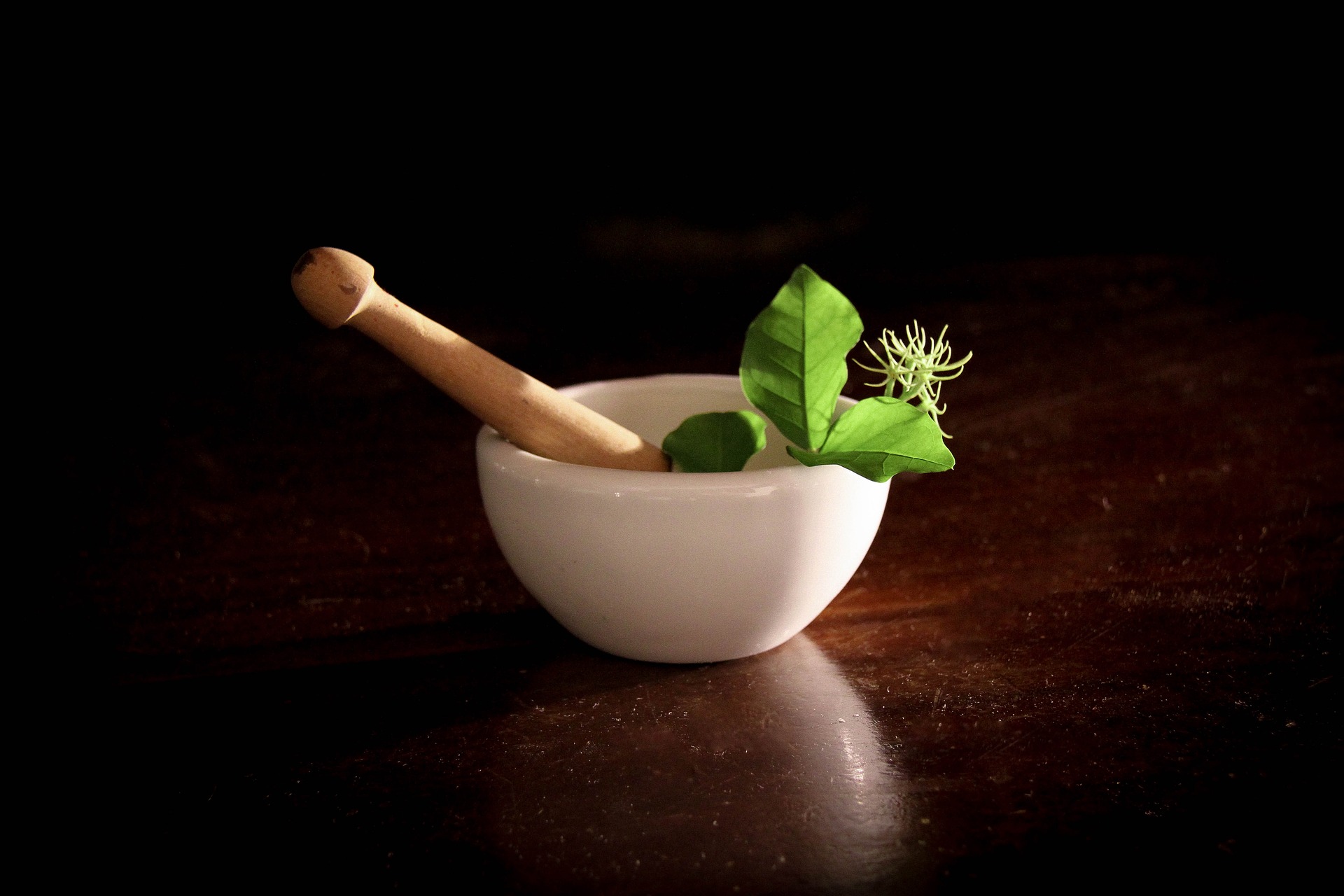 In BC, a program called PharmaCare is responsible for helping BC residents pay for certain prescription drugs, medical supplies, and pharmacy services.

Compared to many other countries, Canadians still spend a lot of money on healthcare. However, the universal health-care system allows Canadians to visit a doctor for a minor concern without worrying about co-pays.

If they happen to be prescribed a drug, they will likely able to afford it too. This is because, even without PharmaCare, Canadian drugs are much cheaper than American drugs.

How so? Let’s take a look at the Canadian price-control systems in place. 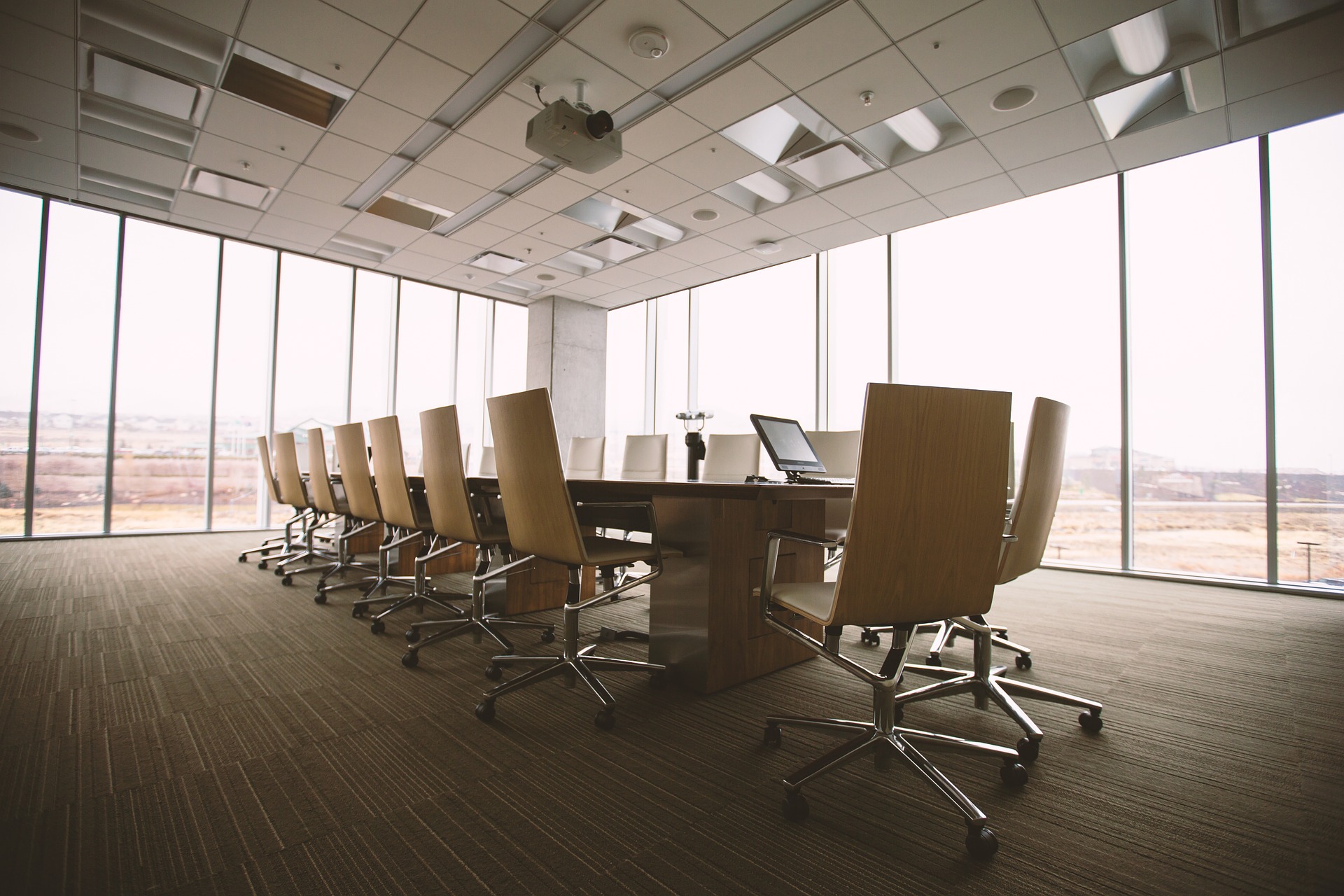 The Patented Medicine Prices Review Board

The federal Patented Medicine Prices Review Board doesn’t control the amount Canadians pay at the pharmacy counter. But it does control the prices patent holders charge wholesalers, hospitals, and pharmacies. This is called the factory gate price and can indirectly influence the amount a patient pays at the counter. [7] 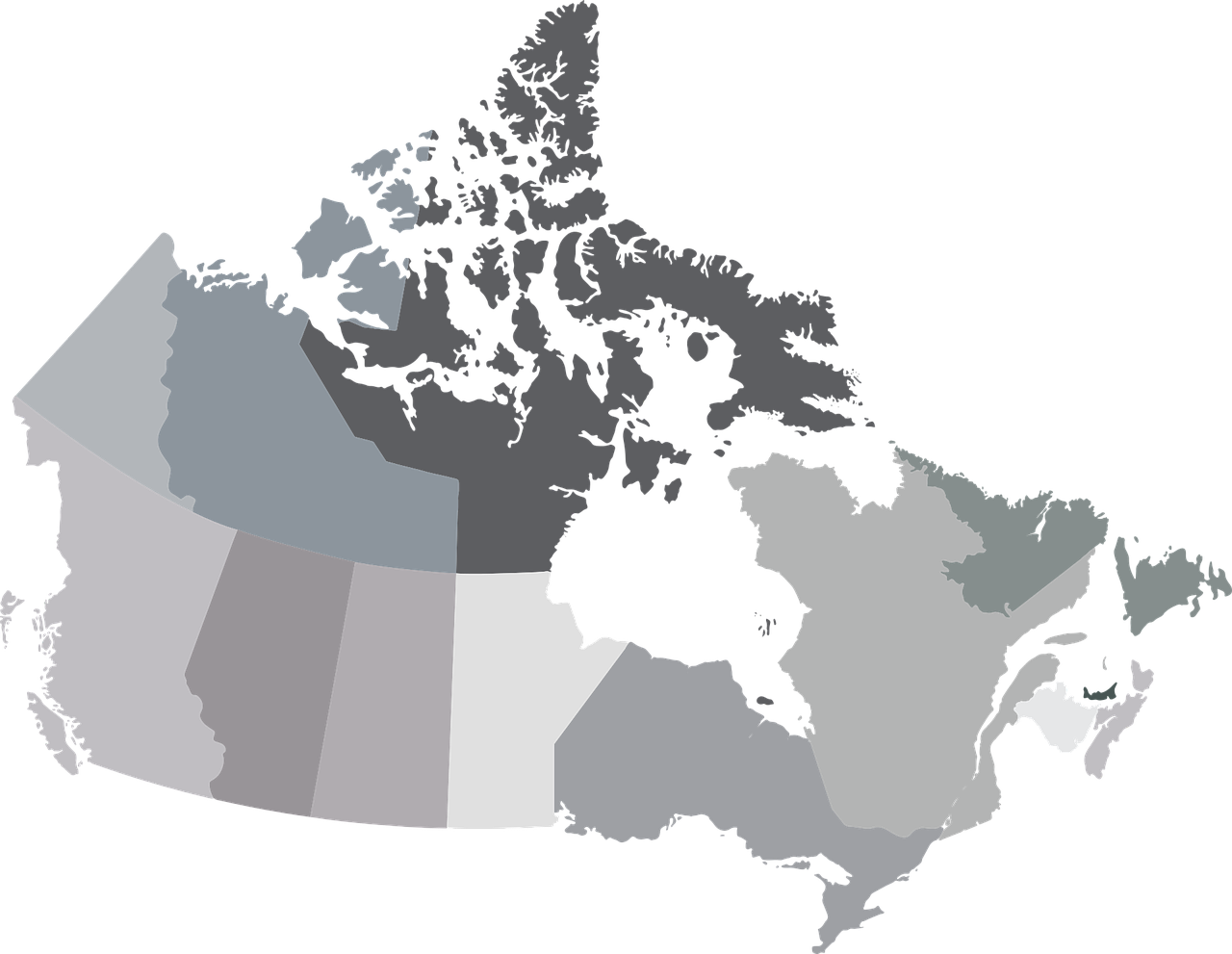 Another organization with an eye on drug prices is the pan-Canadian Pharmaceutical Alliance. It is made up of member provincial and territorial negotiators. These entities use their combined negotiating power to achieve the best value for drugs for publicly funded programs. [8]

As you can see, there are many checks and balances when it comes to selling a drug in Canada.

How You Can Get Affordable International and Canadian Drugs Delivered

Canada Drug Warehouse is a pharmacy referral service that connects patients with affordable medication around the world.

We only ship medication from certified and/or licensed pharmacies. And we adhere to the strict guidelines set by the Canadian International Pharmacy Association - CIPA.

Our service is perfect for patients who want to save money, do not live close to an international border, or have mobility challenges. Contact us today to learn how to buy low-cost and safe drugs from Canada and elsewhere.

How to Stay Safe When Buying Canada Drugs