Beyond 1 and 2: The Many Types of Diabetes

Thursday 7 May 2020
Diabetes
By Kylie Lung

Diabetes is a prevalent condition in the United States and is often caused by pre-existing medical problems. When people hear about diabetes, they most often think type 1 or type 2, but there are many more types of diabetes that can occur. Read on to learn about the less well-known types of diabetes.

Secondary diabetes occurs as a consequence of another medical condition. Blood glucose levels can be affected by a range of different conditions. It may be possible to reverse these secondary conditions, but they are most often permanent. Some common health conditions can include:

Gestational diabetes occurs when a woman has high blood glucose levels during pregnancy. This condition most often happens in the third semester (24-28 weeks), but usually goes away before the baby is born. Most women are tested for gestational diabetes in the third trimester because many hormonal changes occur during this time. In the third trimester, the fetus is growing rapidly, which increases a woman’s insulin need by two to three times the normal level. Gestational diabetes occurs when the body cannot make enough insulin, which causes the foods you eat to stay in your bloodstream and cause high blood sugar.

Unlike other forms of diabetes, the gestational type often does not require insulin. This condition should not be taken lightly, but it can be properly managed with diet and exercise. Women who have gestational diabetes are more likely to develop type 2 diabetes later in life. [2] About 6-9 percent of women in the United States develop gestational diabetes during their pregnancy.[3]

Many people in the United States take steroids in order to reduce various inflammations of the body, but these helpful medications can sometimes lead to the development of diabetes. People take steroids to reduce inflammation brought on by the immune system and are used most often in the treatment of asthma, lupus, ulcerative colitis, Crohn’s disease, and rheumatoid arthritis. Corticosteroids work by mimicking cortisol, which is a hormone responsible for bringing out the body’s stress response. This drug increases insulin resistance, which allows glucose levels to rise and remain higher.

If you are taking steroids, there are some symptoms you should pay attention to. The following are symptoms of possible steroid-induced diabetes:

Having high blood glucose levels and taking oral corticosteroids for longer than 3 months can increase your risk of type 2 diabetes. It may be possible to treat your diabetes with diet and exercise, but you may need diabetic medications like Januvia, Metformin, or insulin. [4]

This is a fairly rare disorder and occurs most often in young women. The cause of brittle diabetes is not fully known, but it is thought to be linked to stress, depression, and other psychological issues. Nerve damage problems are another likely cause. Conditions like autonomic neuropathy affect the function of organs that can lead to problems with the stomach emptying properly. If food is not digested all the way then it can make it difficult to determine how much insulin should be administered, leading to diabetic complications.[5] 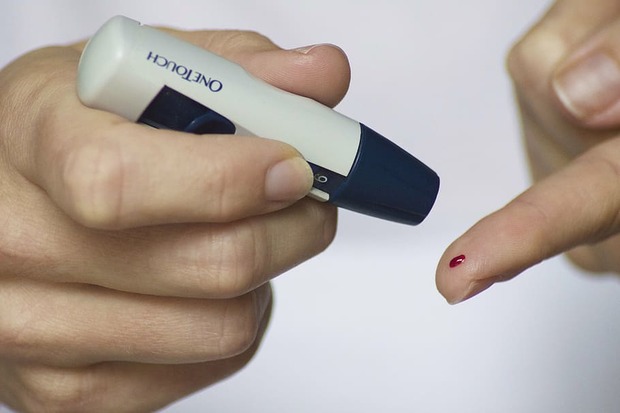 Those with double diabetes have to be mindful of their medication because you will need to keep taking your insulin to treat your type 1 condition. You will need to combat your insulin resistance by adjusting your lifestyle through a healthy diet and exercise. Eating fewer carbohydrates and exercising more frequently can help increase your insulin sensitivity.

This is a serious condition because type 1 diabetes comes with the risk of heart disease, stroke, and kidney disease. Tacking on the problems of weight and obesity that come with type 2 diabetes will most likely lead to an increased risk of health problems. [6]

Insulin therapy is used to treat various types of diabetes, but there are several medications that can help diabetes-related issues. Glucophage (Metformin) is usually the first prescribed medication for type 2 diabetes patients. It works by lowering glucose production and improving your body’s sensitivity to insulin.

DPP-4 inhibitors are also commonly prescribed. These drugs work by blocking the action of the DPP-4 enzyme which destroys gastrointestinal hormones called incretins. The job of incretins is to stimulate insulin production and reduce glucagon by the liver. Januvia (Sitagliptin) is the most common of these inhibitors. Januvia lowers blood glucose levels and helps reduce appetite, which is beneficial for overweight people with type 2 diabetes. Every type of diabetes requires its own action plan, so always consult your doctor for the right course of treatment. [7]